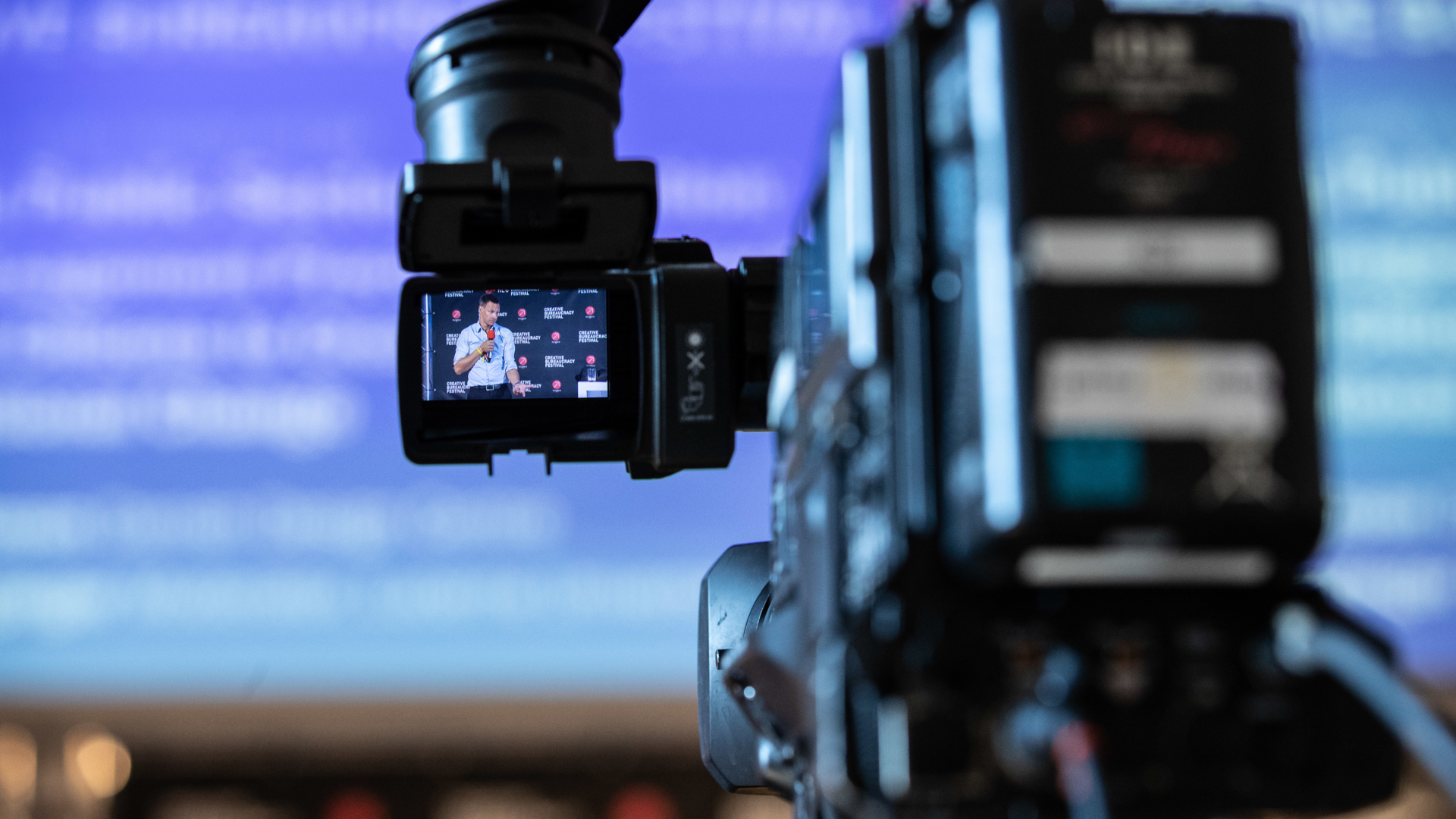 Astrid Frohloff is a familiar face on German Television. The ARD journalist has been moderating many popular TV shows, talks and magazines in German TV, amongst others the well-known political TV magazine “Kontraste”/ ARD. She lived as a correspondent in Jerusalem, where she set up a television studio and reported from the Middle East. She also has been contributing her journalistic expertise to business and politics for many years. As an experienced moderator and consultant, Astrid Frohloff accompanies international high-level conferences. Her portfolio includes concept development and curating of event formats as well as media training and business coaching. Her clients include the Office of the Federal President, federal ministries, associations and companies.

Sebastian Turner started his professional life in the media business as a founder: In 1985 he launched Medium, today Germany’s leading magazine for journalists. As CEO he turned the international communications agency Scholz & Friends, into the largest independent agency network in Europe. He initiated the leading global science conference Falling Walls. During his tenure as publisher and shareholder Tagesspiegel established a vertical digital eco system and became Germany’s leading capital newsorganisation, moving from rank four to rank one with the best circulation performance of all German dailies. As founder of the media tech holding Trafo he ventures into the growing field of media tech and content tech. Turner holds a degree of the Graduate School of Duke University, USA, and serves as a honorary professor at the University of the Arts in Berlin.